Find a specialist
for Cardiovascular Disease

About Cardiovascular Disease in Stroke

A Cerebrovascular Accident (CVA) is also known as a Stroke. There are two main types of stroke, Ischaemic and Haemorrhagic stroke. 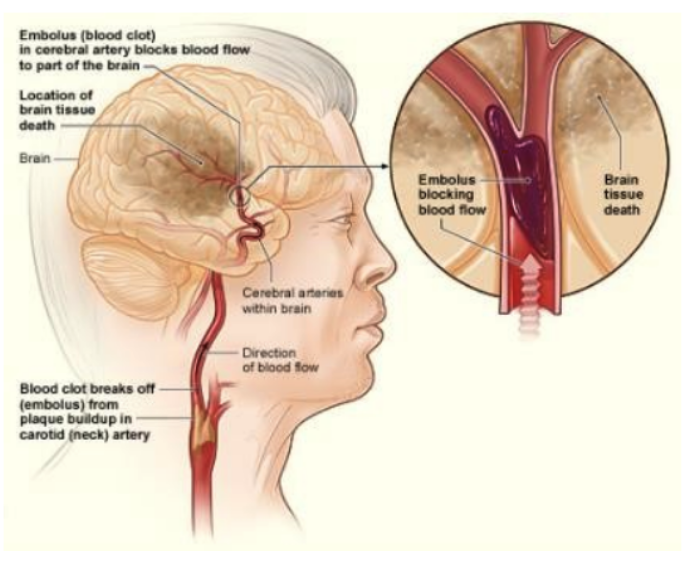 An ischaemic stroke refers to a stroke that’s usually caused by a plaque deposit (atherosclerotic plaque) or blood clot that obstructs blood flow to the brain and results in damage to the brain tissue. A haemorrhagic stroke is caused by a bleed in the brain which disrupts the flow of blood to a particular region of the brain. This is usually caused by a weakened cerebral artery that can cause swelling and damage to the site if bleeding. Aneurysms and high blood pressure can also lead to this bleed occurring.1

A transient ischaemic attack is often referred to as a “mini-stroke.” In these cases, patients may present with similar symptoms to a patient who has suffered a traditional “ischaemic stroke” but the symptoms can resolve in 24 hours, in many cases these symptoms often resolve within minutes to hours.

It’s estimated that approximately 30% of patients who have had an ischaemic stroke, may have already had a precipitating transient ischaemic attack.2

What are the causes of Stroke?

The known causes of stroke include but are not limited to:

What are the Signs and Symptoms of a Stroke?

In most cases, the signs of a stroke will present in patients as a neurological deficit related to the area of the brain that has been affected by the stroke. Patients with a clinical suspicion of stroke may present with:

How to recognise the signs and symptoms of a Stroke

How to diagnose a stroke

What is the treatment of Stroke?

The immediate treatment for a stroke will depend upon the type of stroke, that being an Ischaemic or Haemorrhagic stroke.

An ischaemic stroke is often treated using a combination of medications to treat the causes. There are two main treatment options:

Hemorrhagic stroke is caused by a bleed into the brain, resulting in symptoms of weakness and trouble with speech. The treatment for this type of stroke may include:

What is a stroke?

Once the patients’ condition has become stable after initial treatment, rehabilitation can begin. This may take place in the hospital or at home if the patient is well enough to be discharged. Recovery from stroke will depend on the size of the injury, the area injured and previous medical conditions that may have been present prior to the stroke. Rehabilitation is a specialised process that involves highly trained experts with particular skills related to patients who has suffered a stroke.

Rehabilitation will include a multidisciplinary team who will all provide specialist attention to assist in recovery. In many cases these teams include:

Patient disclaimer: All content on the Hope for Hearts site is created and published online for general information purposes only. It is not intended to be a substitute for professional medical advice and should not be relied on as health or personal advice. Please see your doctor if you have any questions or concerns.